Since the official Version of BGMI Has Finally been released by Krafton, a lot of hype has been created by the Players Which might tempt beginners in BGMI to try their luck in the game in this article we are going to mention some basic tips and tricks For beginners in BGMI. Battleground Mobile India Tips And Tricks For Beginners 2021

It is said that all Minds are explorers. BGMI might prove to be a platform for These Explorers Where They can Experience a different taste of the Battle Royale game. Not everyone who installs the Game is a pro player right in the beginning. some people don’t even know the names of guns used in the game but they aspire to become a pro ace level player someday so these tips will certainly be helpful for the beginners in BGMI.

Tip and Tricks For Beginners in BGMI

1. Know where to Land

It is recommended to the beginners in BGMI That they should not land in hot drops like Pochinki, Sosnovka Military base Georgopal as many players will Choose that place to land beginning should instead Choose such a place that is devoid of enemies but has an am ample amount of loot like Lipovoka Mylta, etc. Keep a watch at the path that the airplane takes and avoid landing at those places.

2 Always Use Vehicle While Moving in an Open place

This is the most important point that beginners should keep In mind While Moving in an Open place us a Vehicle like a Car or buggy that Can be Easily Found in the garage or the roads. If you walk around Freely in the open Enemies might spot you and defeat you instantly even before you can make a cover to hide From them however if you spot an enemy while Travelling in the vehicle do not stop the vehicle right in front of them instead Fire after taking a Cover.

Weapons are the most Crucial part of BGMI Without That you can’t win the Chicken Dinner That you desire Consequently it is important to choose the weapons wisely you can use SMG Weapons like UMP45 Vector but try to Search For AR Weapons like M416 M762 Or AKM As they provide a heavy Damage to the enemies You can also loot the drops as they provide powerful weapons like Groza, Aug A3.

4. Play With a Proper Squad

While playing a Squad Match, Avoid playing with random people that you find the auto-matching option as they are unaware of the methods you employ While playing the game They Might Rush Unnecessarily or Expose your Squad Location to the enemies always try to play with your Friends or a Squad that knows your in-game tactics this might increase the chance of your survival in the game.

5. Practice Daily in the Training Ground

The training Ground which has now been moved to the Cheer Prak provides the best platform where you can practice firing at the walks or the moving boards in some cases when the enemy is at a fair distance and you’ve firing towards them your gun will spring off and you won’t be able to aim properly this is known as the recoil of the gun however if you practice shooting at those moving boards you will get a better idea to control the recoil of your gun. 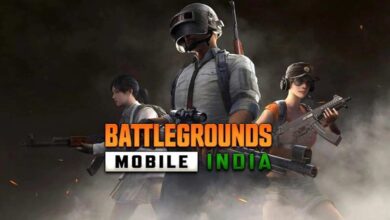