Top 10 and Best PUBG Mobile Player in the...

Firstly, the oneplus phones have gone on the next level in terms of pricing (i.e more than rupees 50k). 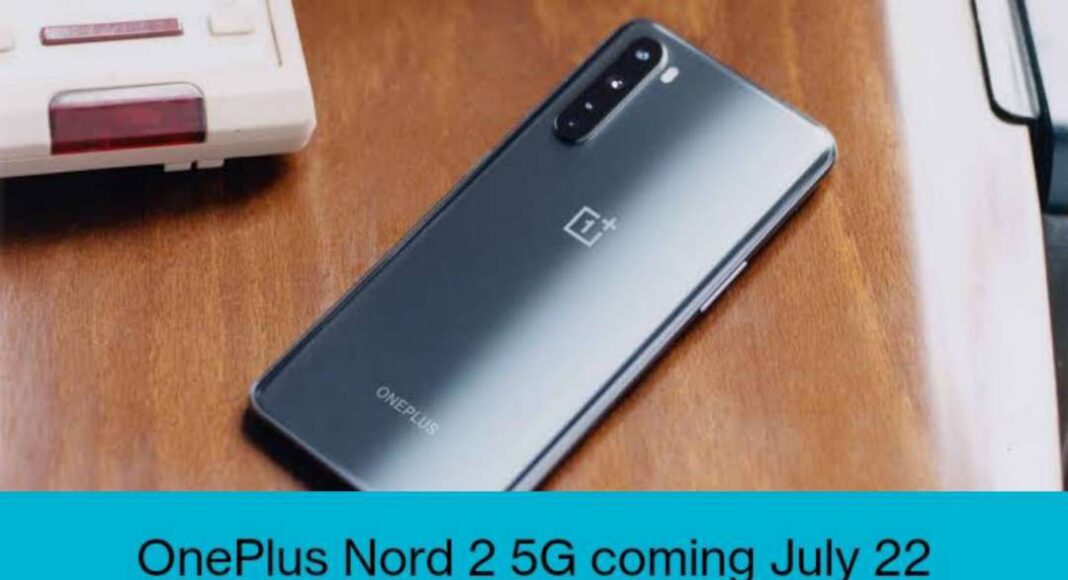 Friends the one plus not to is here the official launch will take place on 22nd July 2021 Oneplus Nord 2 is Officially launched. But it not like we don’t know much about it we know quite about it. Oneplus is an official share a lot of information about it and we also know how it is going to look through strong rumors too. We will talk about the Nord 2 it is price range what’s my expectation is and why not to is special for oneplus I will all cover it.

Firstly, the oneplus phones have gone on the next level in terms of pricing (i.e more than rupees 50k). Alia oneplus phone was a flagship killer you would get a flagship-level experience for around 30-35k rupees in hardware and software. But for the past 3-4 years that experience has lost its charm they don’t even claim they are flagship killers but they are the flagship. And since there is nothing 30-35k price range they have planned to bring the oneplus Nord 2 to complete that vacuum space.

When oneplus mode was launched it had a lot of expectations which you’re made to a certain extent I am not saying it was a bad phone it was good! But there were many places where it lacked and if you look at the oneplus Nord 2’s specification and rumors it might be a worthy successor of the oneplus Nord. First of all, oneplus has officially told us that it is going to come with a Dimensity 1200 processor with gives a near-flagship experience. Oxygen OS is known to be one of the cleanest UIs out there. This combination of hardware and software in that price bracket (30-35k rupees) is going to be big.

Many people would buy it because many of them want to buy it the flagship phones are out of reach. And if the oneplus Nord 2 comes around the (30-35 k rupees) price range with the good specification (which seems possible) then it will be a great product.

Dimensity 1200 processor 6.43 AMOLED screen with a 90Hz fast refresh rate and a 4500mah battery which is a good thing because before it was around 4200-4400 mah battery capacity and now the 4500mah battery is enough for a day’s usage. It might have a 30W or a 65W fast charger I am not sure right now but at this time at least a 30-watt fast charger will be included.

And another thing that gives you the oneplus core experience is the alert slider which seems to be included in the render which I am happy about it and interestingly the not had a quad-camera setting while not to is expected to have a triple camera setup. But not to might have a 50MP main camera sensor which is the latest sensor and is included in the flagship phones and it is going to be the same. It might have an 8MP ultra-wide sensor and 2MP third sensor so it’s sim to have a triple camera setup on the rear.

But big thing is that they are moving from a 16MP to a 32MP selfie camera at least according to the news and rumors. Remember in the last three-four not oneplus phone including the 50-60Rs rupees phone had a selfie camera of more than 32MP.

And another interesting thing is the Dimensity 1200 processor being used is customized with AI for images. And I don’t think that it will come with Hasselblad tuning it doesn’t seem like it will.

But there are a lot of things the price to performance ratio or value for money which have come down a bit and I am not liking it. I am hoping that one plus not two will be a great value for money proposition.

If we will talk about the past 3-4 launches and recommend a value for money phone it should say that only the oneplus 9R comes close. Otherwise, the oneplus 9 and oneplus 9 Pro or slightly more expensive than expected and I don’t want to do that with the oneplus Nord 2.Oneplus Nord 2 is Officially launched.

Piyush Choudharyhttp://Trendingjagat.com/tech
Hey guys my name is piyush choudhary and I am 18 years old. I am persuing graduation in B.pharma 1 year. These days i am doing work for Trendingjagat as article writer and video editor and I live in sehore.
Share
Facebook
Twitter
Pinterest
WhatsApp
ReddIt

E-mail, call or chat with us:

We use cookies on our website to give you the most relevant experience by remembering your preferences and repeat visits. By clicking “Accept”, you consent to the use of ALL the cookies.
Do not sell my personal information.
Cookie settingsACCEPT
Manage consent

This website uses cookies to improve your experience while you navigate through the website. Out of these, the cookies that are categorized as necessary are stored on your browser as they are essential for the working of basic functionalities of the website. We also use third-party cookies that help us analyze and understand how you use this website. These cookies will be stored in your browser only with your consent. You also have the option to opt-out of these cookies. But opting out of some of these cookies may affect your browsing experience.
Necessary Always Enabled
Necessary cookies are absolutely essential for the website to function properly. These cookies ensure basic functionalities and security features of the website, anonymously.
Functional
Functional cookies help to perform certain functionalities like sharing the content of the website on social media platforms, collect feedbacks, and other third-party features.
Performance
Performance cookies are used to understand and analyze the key performance indexes of the website which helps in delivering a better user experience for the visitors.
Analytics
Analytical cookies are used to understand how visitors interact with the website. These cookies help provide information on metrics the number of visitors, bounce rate, traffic source, etc.
Advertisement
Advertisement cookies are used to provide visitors with relevant ads and marketing campaigns. These cookies track visitors across websites and collect information to provide customized ads.
Others
Other uncategorized cookies are those that are being analyzed and have not been classified into a category as yet.
SAVE & ACCEPT