BGMI Lovers were exhilarated when their favorite battle Royale Game saw an official release, to add their excitement, Various Streamers started streaming their Gameplay. In this article, we are going to discuss the Battleground Mobile India Top 5 Richest BGMI Streamers 2022

be it BGMI or any other online video game. They have achieved a remarkable feat in the ESports Field which Complete many young players to aspire to becoming Streamer themselves someday Naturally, some questions might arise in your mind that after manifesting such breathtaking gameplay performances, how much do these Streamers earn? Well, this article incorporates every answer to your question. Now, let take a look at the Top 5 Richest BGMI Streamers and their earnings.

an ESports team known as team Hydra. Dynamo is known for this excellent sniping skills and his famous line Patt se Headshot wherever he knocks down an enemy wia single headshot.

Tammy Singh also known as ScoutOP is the richest BGMI Streamers Just After Dynamo. Scout has over 3.81M Subscribers in his YouTube Channel. He is Known for his Aggressive gameplay and 1V4 Clutches. scout brought the usage of Claw Controls in India and Holds Excellent bullet Spray Skills using Gyroscope.

He plays the Role of an assaulter, flanker and a scouter in the game. scout Currently plays For an Esports team Known as OR ( Orange Rock) he led his team to bag 2.d postion in PUBG MOBILE World League season 0: East Scout wa also a Part a part of Team Fanatic.

According to social Balde, Scout estimated monthly earnings From YouTube are $9.7K to $156K. and his estimated net worth Range From $117K to $1.9M Scout also Earns From Various Sponsors.

Naman Mathur or Mortal is one of the most popular BGMI Streamers in our Country he was 9ver 6.61M Subscribers in his YouTube Channel and his streams get over 500k Viewer’s daily Mortal Play’s the role of an IGL (In Game Leader). He is the Owner and Player of Team Soul, mortal popularity is evident From the Fact that he was nominated for the best Streamers l of The year in Esports Awards 2021 he also won the Award of Website Fan Favourite in PUBG Mobile Club Open – Spring Split: India Tournament. According to social Blade Mortal monthly Earnings Range From $8.7K to $138.9K Mortal Has an Estimated Annual Earnings Ranging From $104.2K to $1.7M.

Soul Regaltos or Parv Singh is the youngest players of this list who has a Massive net Worth. Parv Singh is Just 19 year Old Which Inspires Many Young Players to Start a Gaming Career Regaltos has over 2.04M Subscribers in his YouTube Channel. He Plays for Team Soul and is a Content Creator For 8bit Creatives. This Young boy has a Great potential Which assures us that the Gaming Community in India is in Safe hands. Regaltos Plays the role of an assaulter in the Game.

Harmandeep “Mavi” Singh Hails Form Punjab and is one of the best assaulters of BGMI. He also plays the role of an in game leader for his team OR. He has over 876K Subscribers In his YouTube Channel mavi secured 1st Rank in ESL Mobile Open 2019 (India). He was also awarded with the title of Top Fragger in PUBGM Veteran Showdown Captain League 2020. Afte PUBG mobile was banned in india, Mavi Shifted to different games such as Getting over it, GTA 5 Etc. According to social Blade mavi monthly Earnings Range from $3.5K to $56.6k he has an estimated annual Earings ranging from $42.5 K to $679K. 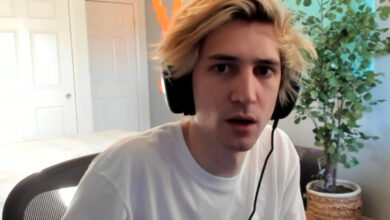 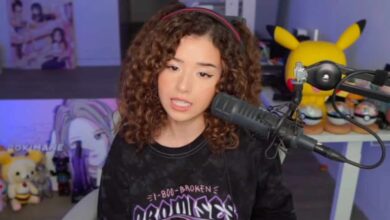